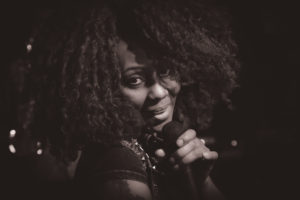 After the passing of Doreen Thobekile, who you can read about elsewhere on this site, TGU and Doreen’s daughter, Ingrid Webster, were asked to do a couple of shows celebrating her life and music. This grew into the band LONDON ZULU, named after Doreen’s own solo album. They continue play Doreen’s mix of Zulu vibes, South African township soul and London funk around the capital and a few other places,  mixed in with Ingrid’s own musical heritage

Born in Soweto, Ingrid has her own pedigree; an ex member of Soul II Soul she was also a  vocalist with Aswad, Coolio, Neneh Cherry and Angelique Kidjo, as well as dancing and acting in ‘Ipi Tombi’ and ‘Black Heroes in the Hall of Fame.’

London Zulu are regularly seen around the capital jamming in a bunch of intimate venues; we’ll keep them posted up the TGU Facebook events page.